Mike has been an innovator of many technologies including navigation systems that improve the independence of people who are blind. In 1999, he founded Sendero Group, developers of the first accessible GPS and talking map software. Mike has been the Principal Investigator on five federally funded grants for the research and development of accessible wayfinding technology for individuals with disabilities. Now he is continuing to work on that passion with GoodMaps to develop a seamless outdoor to indoor navigation solution - and to finally solve the "final frustrating fifty feet" problem.

Mike was totally blinded at age three from an explosion of calcium carbide. He grew up believing he was lucky to be blind and still alive. Mike has a profound sense of adventure. Mike has met Presidents Carter, Reagan, Clinton and Obama. A story of Mike's adventures is told in Robert Kurson's best-selling book, Crashing Through. His mottos are "there is always a way" and "it's better to travel hopefully then to arrive."

Posts by Mike May

Eyes on Success Interviews Mike May 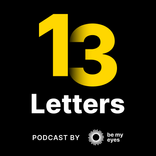 Mike May Talks about Getting Unlost on 13 Letters Podcast 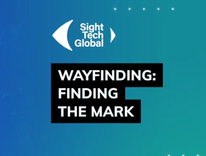